Update July 2017: Added a table to summarize key stats from each fund in this article - you can see it just above this notice.

As one of the largest and oldest fund managers in the world, Vanguard has both the reputation and range of products to provide some of the best funds for retirement, catering specifically to long-term, buy-and-hold investors - ideal for those saving for retirement.

With at least 100 different funds varying from Vanguard-designed index funds, actively managed funds, to ETFs, you could choose a single strategy or combine funds for a more diversified portfolio depending on your risk and return appetite.

As well as this, it has all several retirement and investment plans including IRAs, 401k rollovers, 529 college savings plans, mutual fund accounts, brokerages services, options, and ETFs.

We’ve outlined some of the best Vanguard funds for retirement below to provide you with some clarity and guidance as to which funds will be best for your retirement plan. It’s well worth researching them in depth however before jumping in at the deep end.

This fund is an index fund meaning it invests money across a set of top performing companies. In this instance this means the best performing US funds, similar to investing in the S&P 500, but with some innovations.

More specifically it invests in the stock of large US companies that should grow quicker than the broader market, so maximising your investment.

The top three holdings are Apple, Alphabet and Amazon - no surprises there, but all solid performers.

The benefit of a passive index fund is that it is cheap relative to other funds managed actively by Vanguard’s professionals.

While lower risk than some more volatile funds, it is still fairly high risk due to the large concentration in equity which vary dramatically with general economic conditions.

It is also mainly concentrated in only large US companies, so it could be vulnerable to a widespread downturn which would affect such firms and the broader stock market.

With higher risk however come good returns in the right conditions and with a very low expense ratio only 0.08% this is 93% lower than other funds of similar holdings.

It also has a relatively low entry investment level at only US$10,000, which means even if you have a modest retirement fund you could start investing now.

There is no purchase fee, redemption fee or 12b-1 fee also although the firm will charge you $20 annually as an account service fee for each Vanguard fund with a balance of less than $10,000 in an account.

As an exchange traded fund (ETF) this can have more flexibility as they can be traded throughout the day when the market is open, whereas index tracking funds can only be traded once a day.

This offers an ETF fund intraday liquidity meaning you can have greater control over the timing and price you trade ETFs. This one however sticks to the safer side and still employs an index-tracking, passively managed strategy.

This fund tracks the performance of the CRSP US Total Market Index so it can afford more diversity than simply the big cap companies, and can invest across small, medium and big companies in order to find solid returns. This diversity reduces exposure to volatility in the broader stock market.

You will also be pleasantly surprised by the low expense ratio of 0.05%, 95% lower than the average expense ratio of other similar funds so your returns shouldn’t be dented too much by excessive costs.

In terms of its performance, the three year average yield is an impressive 10.23%, five year returns were 13.91% and since inception it has still outperformed many low interest bank accounts with 6.41% average return.

The Vanguard Target Retirement 2050 Fund (VFIFX) looks is ideal for younger investors looking to retire between 2048 and 2052, investing across four Vanguard index funds. With around 90% of assets in equities and 10% in bonds it is also a slightly lower risk strategy.

This fund also boasts a diversified portfolio which adjusts its asset mix over time, rather than just sticking to a pre-set index.

The fund cleverly changes its holdings from a high proportion of riskier equities to lower-risk bonds as the fund’s target retirement date approaches.

While the fund does hold a significant proportion of bonds, you should be prepared for similar volatility as you would get in any other fund that invests in stocks and shares.

This fund is slightly more costly than the other two, with an expense ratio of 0.16%, but still relatively cheap, with 62% of similar funds being more expensive. It also has a fairly low cost of entry of only $1000 minimum needed to begin investing.

Fund performance has been good with five year average returns of 9.94%, dropping to 5.36% over the last ten years.

Over the lifetime of the fund however average return is 6.46% making it a worthwhile option for your retirement plan.

The Vanguard Wellesley Income Fund Investor Shares (VWINX) is one of Vanguard’s most well known and longest running funds, having been established 40 years ago.

If you want a safer option for your money then this fund could offer that, with a heavily mixed pool of one third stocks and two thirds investment grade bonds - this fund is aimed at investors with a more conservative, less growth oriented approach.

It might also suit you if you have a medium to long term investment plan and want a steady income while being willing to accept modest movement in the value of the fund.

It’s generally regarded as a conservative fund and this is recognized in the fairly low expense ratio of 0.22%. higher than some funds but still 73% lower than other similar funds.

In terms of fees it will only cost $395 in fees on a $10,000 investment over ten years. It is also actively managed by Wellesley Management Company and has a minimum buy-in of $3,000.

The top three holdings reflect the conservative approach, with Microsoft number one and two banks, Wells Fargo and JPMorgan, taking the second and third spot respectively.

While the fund might be lower risk than a fully equity based fund, it has produced strong average returns of 6.95% over five years and 6.65% over ten years. Since inception in 1970, it’s produced an average annual return of 9.83%.

Another of the best Vanguard Retirement Funds is the Vanguard International Growth Fund Investor Shares (VWIGX), a very high risk fund aimed at strong growth by focusing on non-US companies.

Created in 1981, the fund is managed by Shroeders and has an expense ratio of 0.46% - still relatively cheap compared with a range of other funds.

The fund’s aggressive approach invests in a range of non-US companies that are forecast to have significant earnings growth. Due to the higher risk, you may want to hold the fund alongside less high risk funds, as part of a diversification strategy.

Unlike the US domestic funds, the top three holdings are TenCent Holdings, Alibaba and AIA - all large Asian firms.

Fund performance has been good but unstable, with a five year average return of 6.88% but over ten years this drops to 3.03%. Since 1981 it has however returned a very impressive 10.20% average yearly return.

As an actively-managed fund costs are slightly higher so over ten years you’d pay fees of $1,067 on $10,000 invested over ten years.

Minimum investment is fairly low however at $3,000 and after that you can invest as little as $1.

Investing for retirement is an incredibly important but also lengthy process and it’s recommended you start saving as early as you can.

Where to invest however can depend on a variety of factors relating to your appetite for risk, as in all of these funds your money can go down as well as up.

Funds can have a range of different characteristics and costs and you should carefully consider the merits and downsides of each before investing.

You would be best advised to speak with an investment professional before embarking on your investment journey, especially when saving for something so important as retirement.

It’s possible that a range of investment strategies would be best utilised to suit your needs, rather than a single high or low risk investment approach. 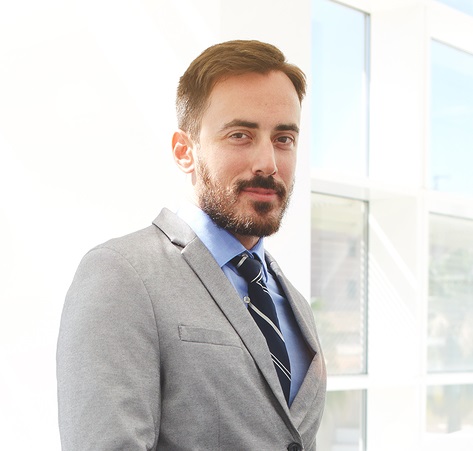 For all things money management and investment you’ll find practical advice, reviews (of brokers, banks, etc), and overall strategies to get the type of wealth you desire.